Notice: Trying to access array offset on value of type bool in /home/customer/www/kidventurespreschool.com/public_html/wp-content/themes/burst/templates/blog/blog_single/blog_standard_type_single-loop.php on line 72

We know him as the magic behind the Cat in the Hat, Red Fish, Blue Fish, and 42 other beloved children s’ books.  Here are a few little-known facts about the Doctor himself!


1. The first book that was both written and illustrated by Theodor Seuss Geisel was And to Think That I Saw It on Mulberry Street. The book was rejected 27 times before being published in 1937. 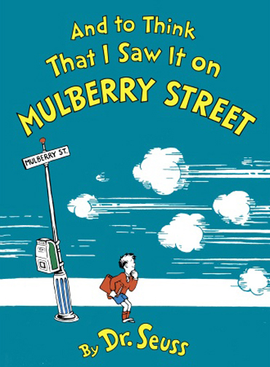 2. The Cat in the Hat was written as a result of a 1954 report published in Life magazine about illiteracy among school children. A text-book editor at a publishing company was concerned about the report and commissioned Ted to write a book which would appeal to children learning to read, using only 250 words given to him by the editor.

3. Writing as Dr Seuss, Theodor Seuss Geisel wrote and illustrated 44 children’s books. These books have been translated into more than 15 languages and have sold over 200 million copies around the world.

4. Ted married twice but never had any children. When people commented about this, he used to say ’You have ‘em; I’ll entertain ‘em.

5. He was not a doctor. He added the title “doctor” before Seuss (his mother’s maiden name) while in college to lend credibility to his writings and characters, and in reaction to his father’s wish that his son would get a doctorate.